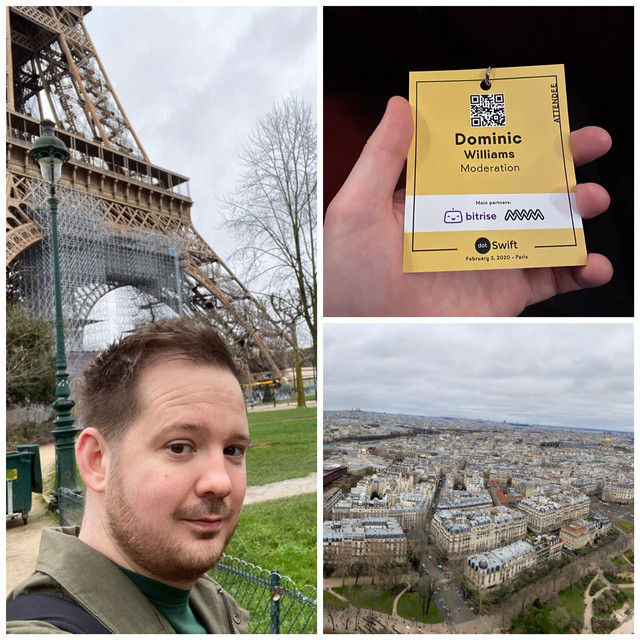 Even though I have released two Apps onto the App Store, over the course of 9 years, I don’t really considering myself a competent mobile programmer. There was a large gap of over 6 years where I didn’t release anything.

My work on Moderation is usually in fits and starts, because I have a day job where I barely write any form of code anymore. My programming style is best described as ‘google trial and error’, to put it kindly. So why would I want to attend a Swift Conference?

Over the last 6 months I have been making more of an effort to be part of the Swift and iOS community. I even made a Twitter comeback.

Cleared all my old tweets and I’m bringing my twitter account back to life, as unfortunately this is still where all the conversation is


It has been really refreshing and beneficial to be part of the community, so one of my goals for 2020 was to attend 3 conferences. This also formed part of a wider goal of becoming more competent at Swift, and pushing Moderation onto the next level. I compiled a list of conferences, and dotSwift was one that caught my eye because it happens so early in the year. Of course, it had the added benefit of being in Paris 🇫🇷. 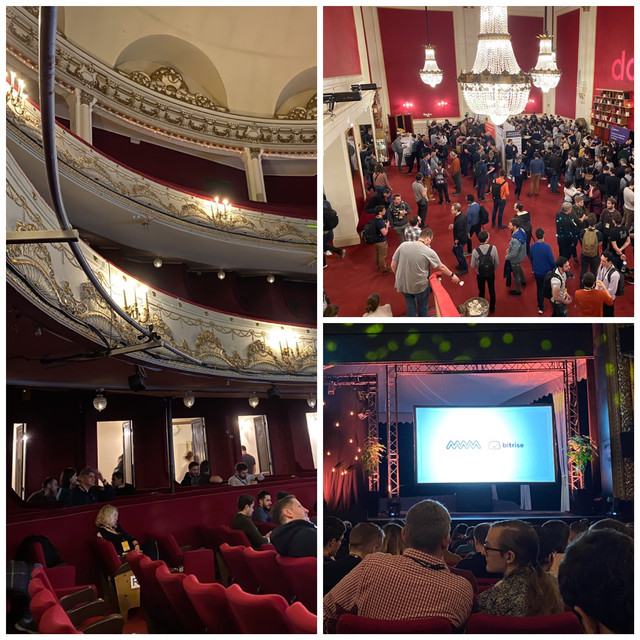 While I don’t suffer from crippling shyness - 10 years of working in a big company has meant that I’ve led teams of people, spoken in front of several hundred people, and in general, learnt to ability to ‘turn on’ my socialising mode when needed. I am however naturally an introvert, and networking or socialising does take effort and saps energy.

When I first arrived, there were a couple dozen people already there so I grabbed coffee and a croissant. I didn’t want to rush into speaking to people, deciding to read the room a bit first. I stood at one of the small circular tables, thinking it would be an invitation for other dev singletons to join me. Nobody did join, although I wasn’t there long enough to really give it a chance.

Have you ever been at a party and you can’t find anyone you know, so you are standing there awkwardly? Even though I was stood, effectively in the middle of a room with a coffee, wandering around or just looking at the beautiful interior, I never once felt that crushing awkwardness. I’m not really sure why, but it made it feel OK to not be talking to someone.

After maybe 10 minutes, a spontaneous collision and therefore conversation started between myself and a couple of developers from Koilbree. They were incredibly friendly, even when I showed my App and it had no data because of a timezone bug I thought I had already fixed! 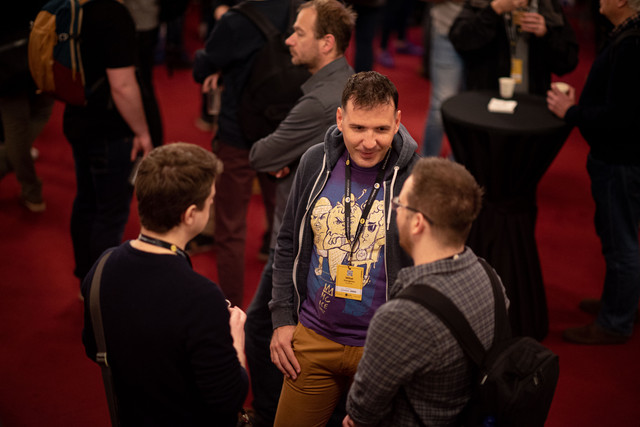 They offered some helpful advice and didn’t appear annoyed at my barrage of questions (ranging from what tools they use as part of their remote working, to how many users of their App).

With 5 minutes before the first talks, I excused myself for a quick toilet break.

Some of the talks were truly fascinating, such as Tobias Due Munk who had his entire presentation powered by a custom swift application he had written which reacted in realtime to his microphone! and also Pavel Zak who showed a lot of cool techniques for animating using Swift UI. He even wrote an article about it, that I’m sure will be invaluable once I start learning Swift UI!

Guilherme Rambo had a talk that was more understandable to me, challenging the obsession with trying to find the perfect architecture, and instead focussing on practicalities of just getting things done.

Some of the talks were incredibly technical for my level. Donny Wals talk on combine, which I hadn’t really read anything about, was dense. He went through how he completely reimplemented Apple’s subscriber, subscriptions and publisher objects, mainly as a learning exercise. My head was 🤯 after this talk.

There were regular breaks which I was thankful for. For some of them, I avoided networking altogether, and there were areas where people who had the same idea seemed to congregate (often with headphones on and laptops out).

I spotted Guillermo Rambo on one of the breaks, and I wanted to ask him for suggestions on how to improve my animation skills. He had a group of devs around him, asking him questions about his talk on MVC and FlowViewControllers. I could follow the conversation, but there was lots of very technical detail and implementation details discussed, which I honestly had no idea what they were talking about. I left the group, as I didn’t feel I could participate at the same level as others. This was a consistent theme - over hearing conversations, and my lack of a really deep understanding of Swift became more apparent.

DotSwift seemed to have a great balance of talks, but by the time I got to the last break, I felt like I was no longer able to absorb anymore information. I should point out that this is due to my current level of understanding, not because of the talks themselves. I also felt like I had used all of my ‘socialising’ juice for the day, so I decided to leave.

The conference had organised plans to meet up at a bar down the street after the conference, which I imagine would have been a really valuable networking opportunity - I know I certainly loosen up after a few beers 🍻! As it was the last night in Paris for me and my girlfriend, we had arranged to go out and have a nice meal.

I don’t regret missing out on some of these networking opportunities, because as I mentioned earlier, my current understanding of Swift and the frameworks makes it difficult for me to have deep conversations on the subject.

There were a few other key takeaways:

I have already booked my two other conferences for this year. I will be at Hacking with Swift Live in Bath in July and at iOSDevUK in my home country Wales 🏴󠁧󠁢󠁷󠁬󠁳󠁿 in September!

In the meantime, attending dotSwift has inspired me to really knuckle down on my learning. While my google trial and error approach to development has got me this far, I think doing some dedicated learning this year will give me a solid foundation on which to build my knowledge, and also allow me to get more out of the two upcoming conferences.